I am honestly struggling to understand why the inelegant and rather business-speak sounding word “preside” is supposed to be preferable, according to many in the know, to the word “celebrate.” This is especially prevalent now as churches refer to the priest celebrating mass as the “presider.” It might be helpful to look at the definition of the word “preside.”

1. To hold the position of authority; act as chairperson or president.

2. To possess or exercise authority or control.

3. Music To be the featured instrumental performer:

Supposedly, the shift in language is to represent the leveling of hierarchy and to imply that no longer will the priest be recognized as the only one “celebrating”- the entire congregation is celebrating too! However, read the definition of preside again.

There is nothing about the definition of preside that in any way suggests an anti-clerical move or a leveling of hierarchy. The very definition of “preside” is to control, hold authority, and to be the featured performer! This is not only an inelegant term but a profoundly counter-productive one if our goal is to truly bring a sense to the worshiping body that they are a vital part of the liturgical action.

One can look at the definition of celebrate and find theological excess within it.

1. to observe (a day) or commemorate (an event) with ceremonies or festivities: to celebrate Christmas; to celebrate the success of a new play.

2. to make known publicly; proclaim: The newspaper celebrated the end of the war in red headlines.

3. to praise widely or to present to widespread and favorable public notice, as through newspapers or novels: the countryside celebrated in the novels of Hardy.

4. to perform with appropriate rites and ceremonies; solemnize: to celebrate a marriage.

To observe, commemorate, to make known, to proclaim, to praise widely, and to perform with appropriateness. Contrast that definition with “preside” which is suffused with language of control, authority, and management.

What are the synonyms and antonyms for each term?

The synonyms for celebrate are full of the absolute essence of Christian worship! To honor, solemnize, laud, magnify, praise, memorialize, and remember are key elements of the Eucharistic action. They, in large part, define our life as a Body. Celebrate was chosen as the term for what we do for a reason!

Again, by contrast, look at what the synonyms and antonyms for “preside” are: 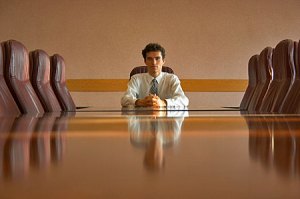 to preside (from google search)

administer, advise, be at the head of, be in driver’s seat, call the signals, carry on, chair, conduct, control, direct, do the honors, govern, handle, head, head up, keep, lead, manage, officiate, operate, ordain, oversee, pull the strings, run, run the show, sit on top of, supervise

My eye can’t help but be drawn to the antonyms first as they are so striking. The antonyms for “preside” are to “follow” and “serve.” In the name of some sort of well-intentioned egalitarian impulse we have now made “serve” and “follow” antonyms of the priestly action!

Look at the synonyms for “preside.” One administers, is at the head of, controls, does the honors, pulls the strings, runs the show, and sits on top of. This is the language of manipulation and corporate finagling not the language of holy and life-giving encounter.

Instead of celebrants lauding and magnifying we have presiders managing and controlling. Worship is not a board meeting. It is not an exercise in human resource capitalization. Nor is it a concert in which the priest is the star of the show. It is an encounter with the Holy.

The drive to make worship more “personal” inevitably makes the person more and more central. Rather than the Spirit, the liturgy, and the congregation’s response drawing our energy forward the priest is tasked with entertaining, directing, and presiding over an experience – managing and manipulating emotions.

Good liturgy draws the celebrant in along with the congregation so that the whole Body is worshiping together. This is not the work of “presiding” but the work of “celebrating.”

The priest is not the star or the director or the manager. He or she is the celebrant. They are called to laud, honor, commend, and observe the Holy. They are called to celebrate. They welcome others to celebrate as well in the way they too are called. We are, indeed, all celebrating these Holy Mysteries together. Some in song, some it chant, some in reading, some in greeting, all in prayer, and all around the altar. One person’s voice begins the song and others join in. One person celebrates and others come ‘round.  It is the use of the definite article that, perhaps, should be questioned not the verb.

Identifying the priest as the celebrant is not an act of elevation but an identification of their primary action and role in the liturgy – to celebrate. It is the unfortunate individualism of this age that draws so much attention to the role and title rather than to the significance of the Body’s action that undergirds that very title and labor. In other words the celebrant is the celebrant because of the action of the Body which has heard his or her call to the altar. Now that the priest is there, at the altar, he or she is celebrating those Sacred Mysteries with the congregation gathered around and joining in.

You might notice over the course of these questions that it is not really possible for mortals to preside over many of them. God presides. God gives life, joy, mystery, sustenance, and hope. Above all, God has given us his Son made known in the elements. This is something we cannot preside over but only and ever and forever celebrate.

PS: It is also worth googling the images for the two words to get a visceral sense of their definition, import, and connotations.

16 thoughts on “To Preside or to Celebrate?”